Jean-Louis Meuric worked for Davigel SAS in France for 34 years (1980–2014). Throughout his career, he has been in charge of purchases for the company, beginning as a buyer and becoming the Purchasing Manager 10 years later. In this role, he developed Davigel’s fish and seafood business -- which now represents approximately one-third of the company’s total sales -- by increasing its import activities from a large number of countries worldwide. For the last four years before he left Davigel, he developed the company's Fish and Seafood Responsible Sourcing policy. Since he retired in 2014, he has worked for Davigel as a consultant, in charge of implementing this policy by participating in different fishery and aquaculture improvement projects..

Jean-Louis studied business and economics, with a focus on agro-economics, at Hautes Etudes Commerciales Business School in Jouy-en-Josas, near Paris, France. He was also treasurer of the Syndicat National du Commerce Extérieur des Produits Congelés et Surgelés (SNCE – the French association of frozen products importers) for almost 10 years. He is involved in several philanthropic associations near Dieppe, France, where he lives.

Dr. Cat Dorey is the Marine Parks Campaign Manager at the Australian Marine Conservation Society. She is an environmental activist and science advocate who has been working on fisheries and seafood sustainability for nearly two decades. Cat works with NGOs, industry, governments, and academics to provide up-to-date analysis of current and emerging science and policy development for fisheries management, sustainable and equitable seafood sourcing practices, and most recently fish welfare.

Cat previously worked at Greenpeace, first as the science advisor (2003-2010) and then as international coordinator (2010-2015) for Greenpeace's seafood markets projects, which made significant progress in driving retailers, seafood brands, and large seafood companies to make changes to their seafood sourcing practices. From 2015-2017, Cat was the science and policy advisor for Greenpeace’s international "Not Just Tuna" project, which challenged regional fisheries management organizations (RFMOs) and international seafood companies to address problems of overfishing, bycatch of threatened species, and human rights abuse within the global tuna, shark, and billfish fisheries. She has also worked as a science writer and editor.

Cat has a PhD in immunology from the University of Technology Sydney (UTS). She lives in the bushland suburbs of northern Sydney, Australia, where she can usually be found rock climbing or digging in a permaculture garden.

Manish Kumar is the founder and CEO of The Fishin' Company, a leading international seafood processor, importer, and distributor.  The company was founded in 2003 and conducts business in more than eight countries, across 22 species of seafood.  He is a graduate of Carnegie Mellon University in the US and has a master's degree in business administration (MBA) and a bachelor's degree in business from Osmania University in India.

Ed Rhodes has been involved in fisheries and aquaculture since graduating from Rensselaer Polytechnic Institute in 1966. Half of this time has been with NOAA Fisheries, primarily doing aquaculture shellfish research on both a basic and applied basis, and the other half has been in industry.

He worked with the US Bureau of Commercial Fisheries in Connecticut from 1966 until 1970, and then spent two years with the Inmont Corporation (later Monsanto), developing aquaculture projects for lobster, shrimp, and pompano from a marine facility in the Florida Keys. Ed returned to NOAA research from 1971 until 1989, when he again joined industry to lead a large commercial aquaculture operation for scallops in Chile. In 1996, he moved from Chile to Mexico to develop shellfish aquaculture in Baja. In 1997, he returned to NOAA, serving as their national aquaculture coordinator working out of their Washington, DC, headquarters. In 2001, he retired from government work and started the consulting company Aquatecnics, LLC. From 2004 to 2007, he was the part-time Executive Director of the East Coast Shellfish Grower’s Association, a trade organization. In 2007, he joined Phillips Foods in Baltimore as their Vice President for Sustainability and Aquaculture Development. That led to playing a significant role in the formation of the National Fisheries Institute Crab Council, where Ed served as industry chair until he left Phillips in 2013. Later in 2013, he became the Executive Director of the Crab Council, a position he still holds.

Ed lives with his wife in the Florida Keys, surrounded by water where they enjoy fishing for stone crabs, among other pursuits.

Jim Cannon is CEO and founder of Sustainable Fisheries Partnership.

Jim has worked on fisheries, forestry, and conservation issues in Asia, Europe, and the Americas for more than three decades, and was named Intrafish’s “Person of the Year” in 2009. From 1997 to 2006, Jim headed the economics program and then the policy center at Conservation International. He has advised McDonald’s on its fish sourcing guidelines and annual sourcing evaluations since 2002, has advised Walmart on seafood sustainability since 2004, and served on the Marine Stewardship Council’s Technical Advisory Board from 2005 to 2008. Jim studied ecology at Cambridge University, as well as environmental economics, management, and fisheries at London’s Imperial College. In the late 1990s, he edited the UN Food and Agriculture Organization’s World Review of Marine Fisheries.

Jim founded SFP in 2006 and is based in the US, in Honolulu, Hawaii.

Susanna Fuller is a marine conservation advocate who has worked largely in Canada, as well as international fora, for the past two decades. She focuses on the science-policy-economy interface, with a view toward solving complex problems facing coastal communities and protecting ocean health.

Susanna is currently Vice President for Conservation and Projects for Oceans North, a Canadian charity that focuses on marine conservation in the Arctic and Atlantic Canada. Prior to this, she led the marine conservation program at the Ecology Action Centre, where she established a strong connection to fishing communities, market-based initiatives, and government regulation and policy. Susanna is on the Board of Directors of Ecotrust Canada and the Deep Sea Conservation Coalition, is an active member of the High Seas Alliance, and was a founding member of SeaChoice, Canada's sustainable seafood program. Her seafood markets work has ranged from helping to start a community-supported fishery with local fishermen to involvement in MSC certifications and the Conservation Alliance for Seafood Solutions.

Susanna has a PhD from Dalhousie University on marine sponge diversity in the northwest Atlantic. Her scientific research has also been complemented by extensive work on national and international fisheries and marine conservation policy. Susanna is based in Halifax, Nova Scotia. When not in front of her computer, Susanna is in her garden or outside with her family.

Aoife Martin is an experienced resource management professional who has worked on fisheries, forestry, and land-management issues. Her experience includes policy development, fisheries management systems, and the operation of the seafood supply chain.

She currently serves as the Operations Director at Seafish, where she is responsible for leading the organization’s Economic Research and Advice unit, Regulatory Affairs unit, and Safety Training and Responsible Sourcing functions. Prior to joining Seafish in 2017, she spent 14 years working for the civil service in New Zealand and the UK.

Aoife is also the independent chair of the North Atlantic Pelagic Advocacy Group, a supply chain initiative focused on driving improvements in the management of key pelagic fisheries. She is also a non-Executive Director on the Board of NatureScot, the government agency responsible for managing Scotland’s natural environment.

She is a graduate of Trinity College in Dublin, Ireland, and has an MBA from the University of Edinburgh, UK.

Cristina Rumbaitis del Rio is Action Track co-manager for the Global Commission on Adaptation and the World Resources Institute. Previously, she was the regional programme manager for Action on Climate Today, a £23 million UK AID-supported climate change program that seeks to mainstream resilience into planning and budgeting at the national and sub-national level in India, Pakistan, Nepal, Bangladesh, and Afghanistan. She managed  an implementation team of approximately 40 people across the program locations.

From 2007-2015, Cristina was a senior associate director at the Rockefeller Foundation in New York, where she developed and managed initiatives regarding building resilience to climate change, water management, small-scale fisheries, and preservation of ecosystems and the services they provide to humankind. At the Foundation, she managed a grant portfolio of more than $100 million.

Ms. Semroc has been at Conservation International for over 18 years, always focusing on the food and agriculture sector. During this time, she has worked to engage leading agribusiness companies, retailers, and consumer goods companies on sustainable agriculture programs designed to conserve natural capital, mitigate climate change, and increase the resiliency of farmers. She has worked in collaboration with companies such as Starbucks Coffee Company, Walmart, McDonald's, Nestle, and The Coca-Cola Company. She has been featured for her expertise in sustainable agriculture in media outlets including Men’s Journal, Food Tank, Chicago Tribune, Mongabay, and Daily Coffee News.

Prior to Conservation International, Ms. Semroc worked as a Peace Corps Volunteer in northern Togo. She holds a master's degree in international development from American University and a bachelor's degree in English and French from Indiana University.

Andrew Yanagihara is the Managing Director of D-Dining Inc., in Japan. He established the company in 2008 with 80 McDonald’s franchises in Japan, and today owns and runs 90 restaurants in Chiba prefecture, employing nearly 5,000 people. Before starting D-Dining, from 1999-2008, Andrew was a Senior Vice President at Delmar Co., Ltd., which is a long-time supplier of fish and shrimp products to McDonald’s Japan. At Delmar, Andrew was in charge of production, quality assurance, imports and exports, customs clearance, and distribution. Andrew has also worked as a manager of international imports and exports for Toshoku America, Inc. in New York, importing coffee and cacao beans from South and Central America to Japan. From 1993-1996, he was a pilot trainee for Japan Airlines, where he obtained his pilot’s license.

Andrew has a Master of Business Administration degree from Aoyama Gakuin University in Japan. He lives in Tokyo. 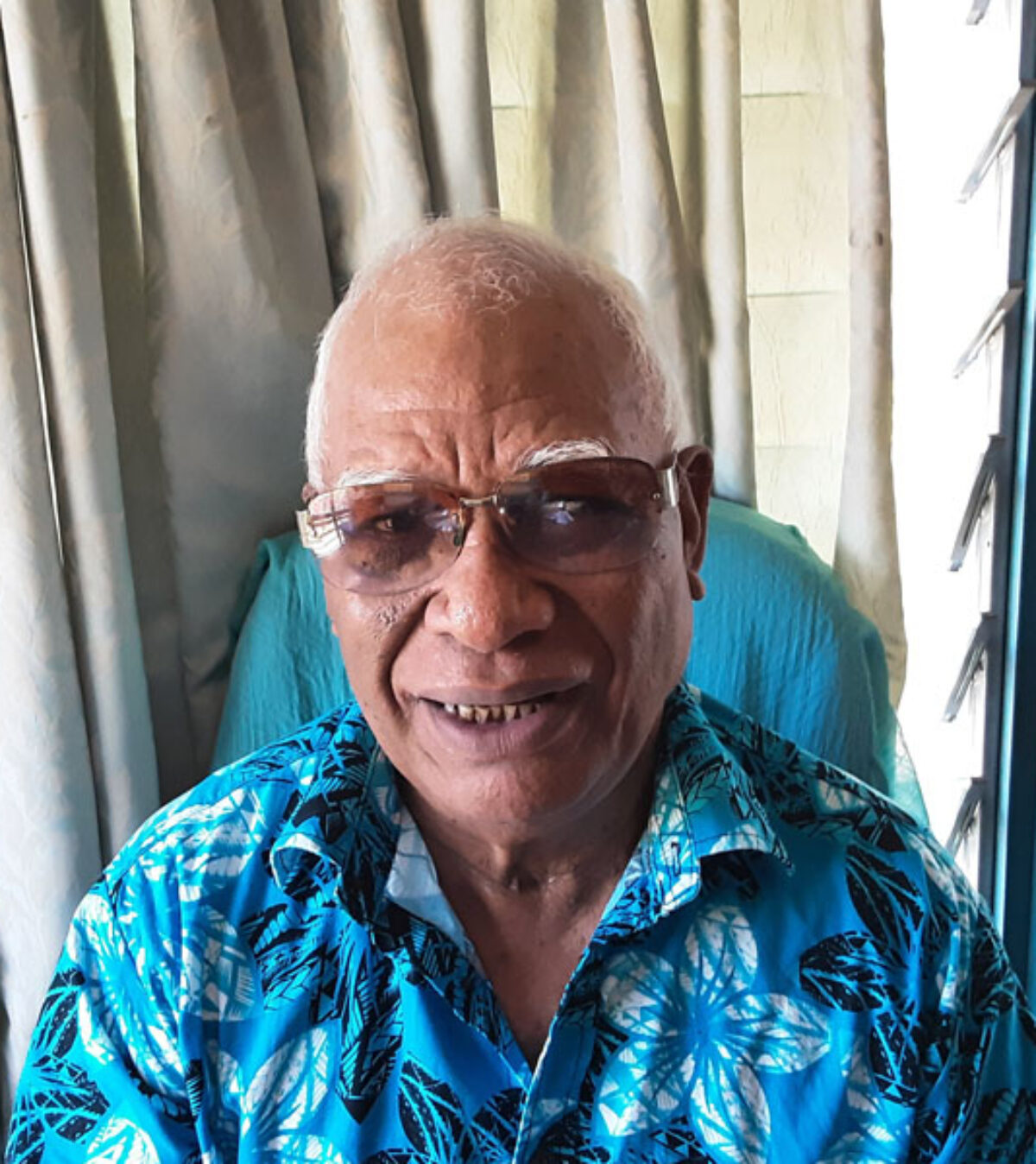 Gaikovina Kula, who passed away in October 2021, was a current member of our Board. Although he was only on our Board for a year, we benefited greatly from his insights into small-scale fisheries management and community engagement. 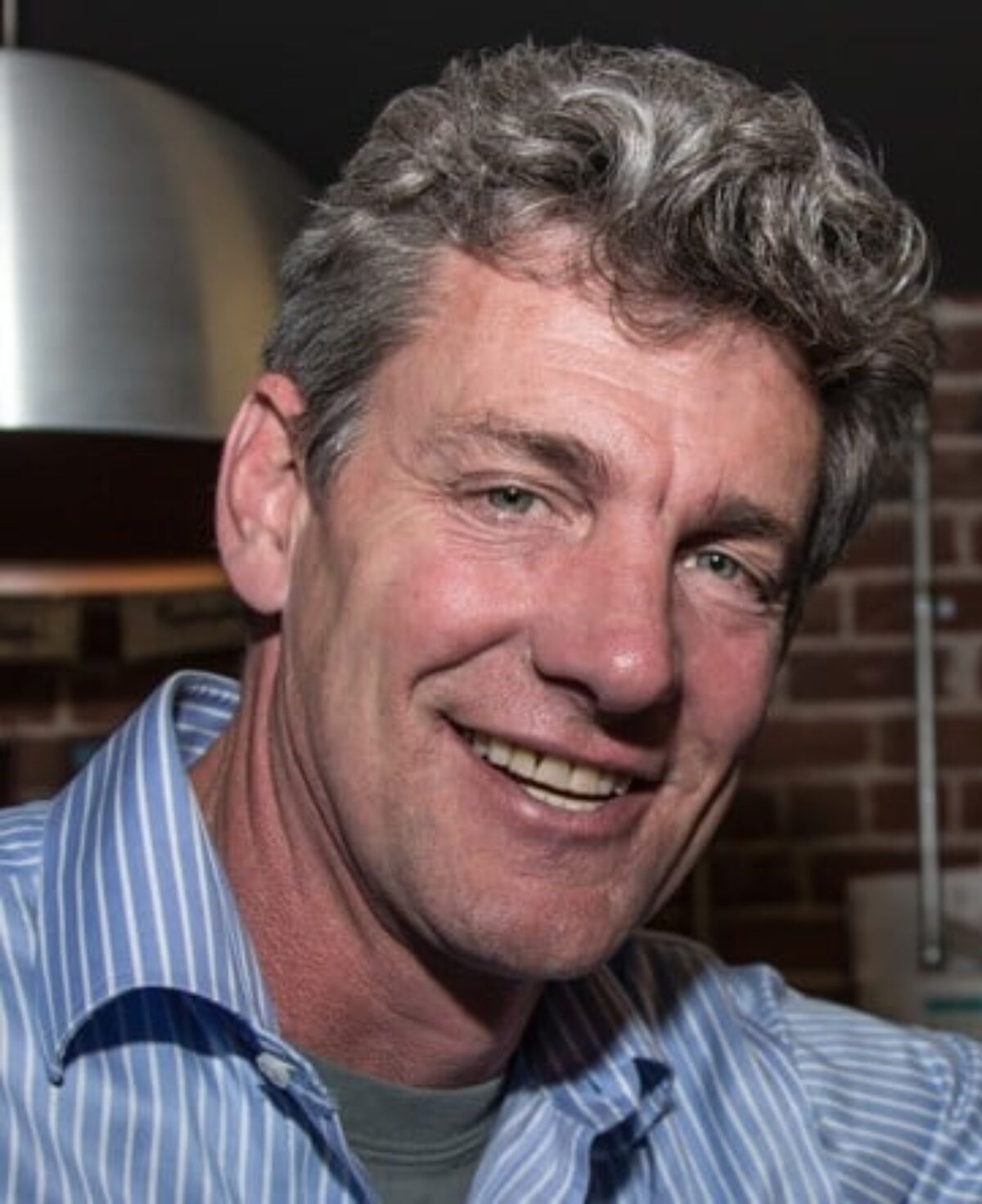 Lafcadio Cortesi, who passed away in March 2022, was an active member of our Board for nine years, and a tireless champion for ensuring that social issues are included in any discussion of fisheries sustainability. 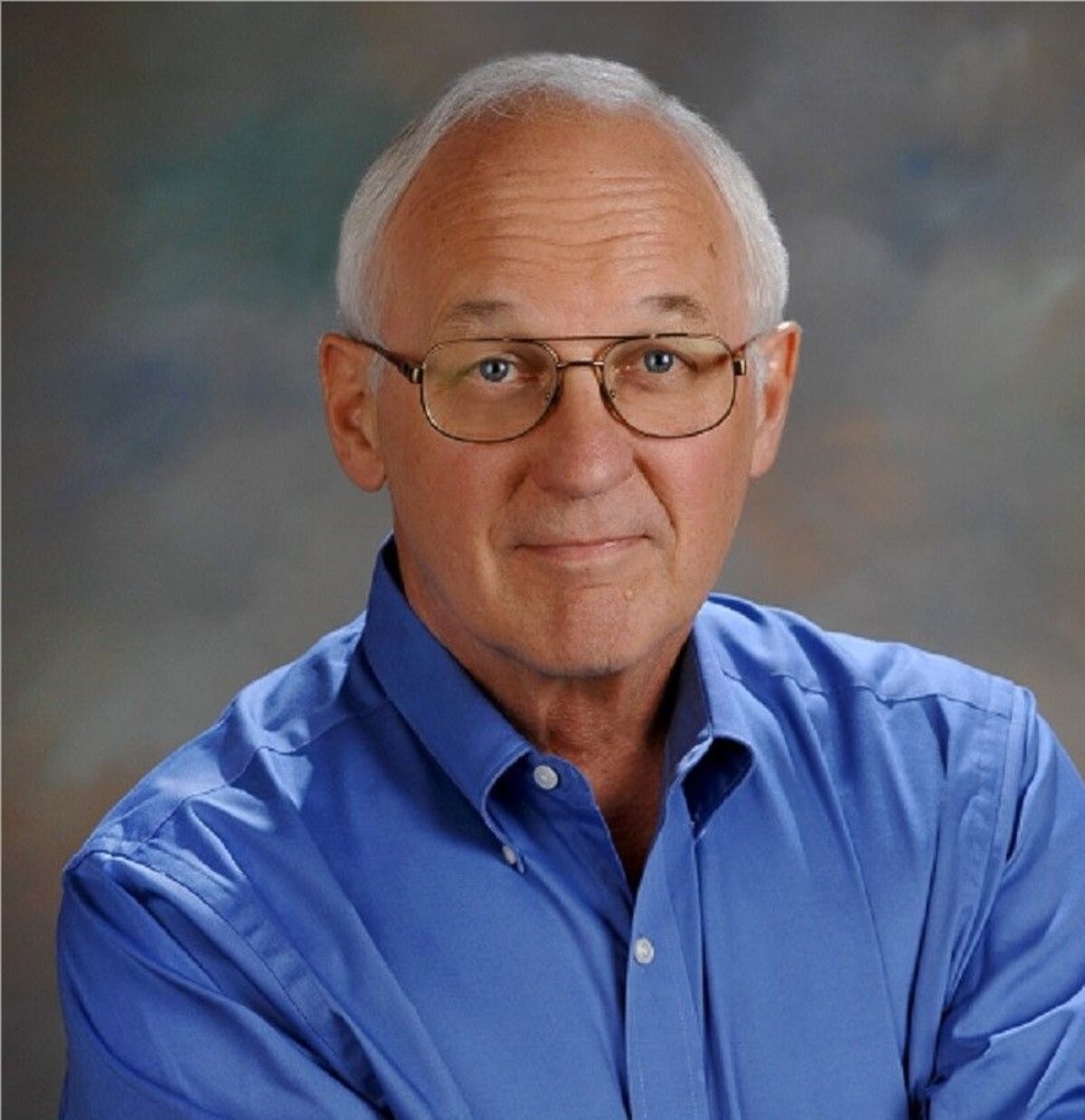 Howard Johnson, who passed away in June 2022, was an SFP staff member from the earliest days of the organization, and after he retired, a member of our Board from 2013-2015. He saw the importance of sustainability before most in the seafood industry, and was an early advocate and catalyst for cooperation between the environmental community and the seafood sector.